The name Börner has been inseparably connected to the roofing industry for more than 100 years. Georg Börner was founded in 1882 by the saddler and roofer master Georg Hermann Börner (1857-1912) as a "Roof and Slate business". His successors were his sons Heinrich and Lorenz Börner, who continually expanded the operation and successfully steered the company through two world wars.

In the spring of 1938, the third generation entered the company with Georg Börner, the grandson of the founder. He ran the company together with his father Heinrich until his death in 1961. Since 1967 he ran it with his sons, Karl-Heinz and Wolfgang. The company is in its fifth generation with Michael Börner, who continues the fair and cooperative partnership with its customers and suppliers.

As a pioneer in its industry Börner began in the 1920s with the manufacturing of waterproofing materials for the roof "on a roll". The company GEORG BÖRNER Chemisches Werk for Dach- und Bautenschutz GmbH & Co. KG has since continuously grown to a leading internationally active roof membrane manufacturer in Germany. 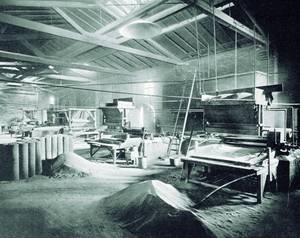